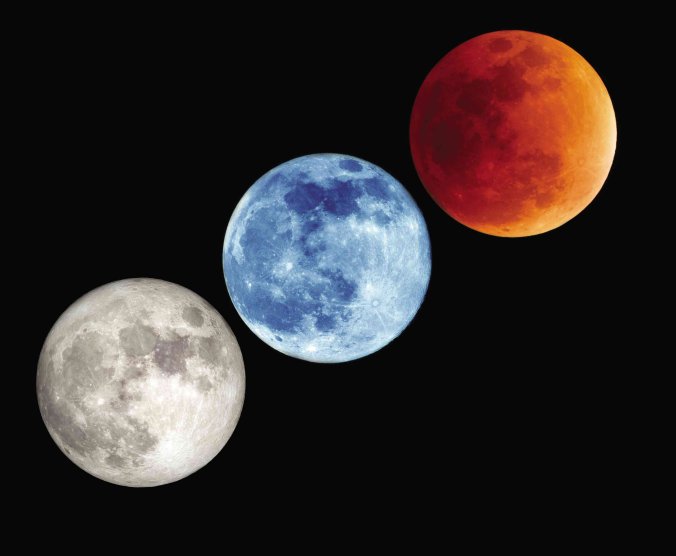 It’s a combination of three lunar phenomena. A blue moon is when two full moons fall in the same calendar month, which isn’t very often (roughly once every 3 years) hence the expression ‘once in a blue moon’. The ‘super’ is because the full moon is occurring at a close approach to earth (formally within 10% of orbital perigee). Finally the blood part indicates there’s also a lunar eclipse, although we won’t witness it from Highland skies.

One of the amazing things when witnessing a lunar eclipse is the blood red colour the moon takes as sunlight refracts around earth’s atmosphere.  This is really an extreme form of earth shine, when we can see the shadowed areas of the moon due to sunlight reflected from earth.  I always like to imagine what a lunar eclipse would look like from the surface of the moon.  As the earth completely obscured the sun you would see a brilliant ring of red light radiating around the black disc of the earth.  The lunar landscape around you would be bathed in an eerie red light.

The blue moon phenomena is interesting when you consider we now use a solar calendar.  Around 40BC Julius Caesar severed the old link with the moon, so that months (or ‘moon-ths’)  no longer coincided with the phases of the moon.