The summer aspect of the Milky Way, the great river of starlight marking our home galaxy.  A giant stellar disk containing 100s of billions of stars.  Photograph by Christopher Cogan, taken near Muie in east Sutherland, Scottish Highlands

Late summer is prime time for observing the Milky Way, and esp. catching the bright core visible near the southern horizon after dark. This bright area marks the central nucleus of our galaxy, some 30,000 light years away..

The Milky Way currently runs between Saturn and Jupiter, both low on the southern horizon, and intersects the three bright stars of the Summer Triangle asterism (Vega, Deneb and Altair). From south It runs overhead and terminates close to the constellation Perseus in the north East. 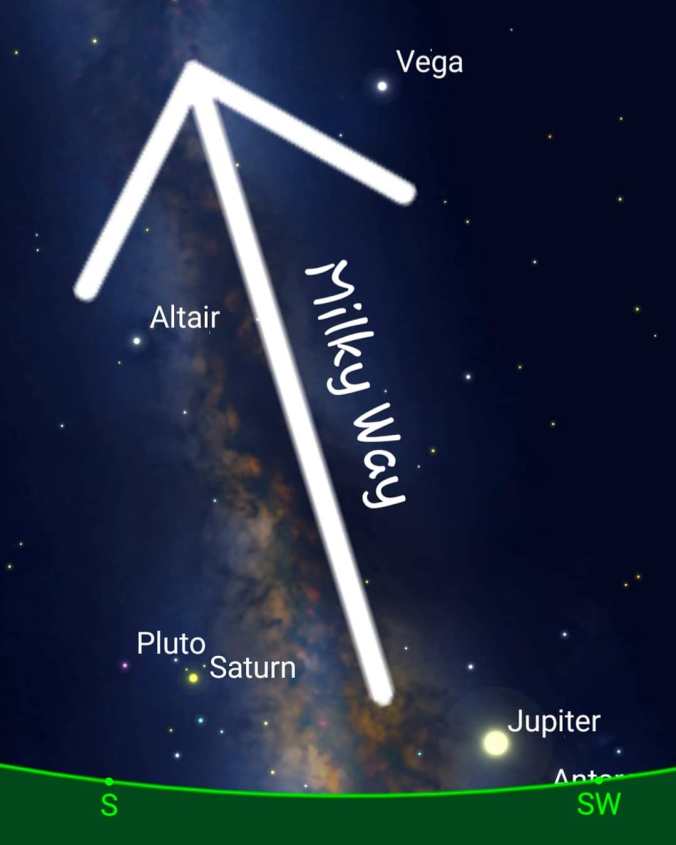 For the best views you’ll want to get away from urban light pollution, ideally somewhere fairly rural. Let your eyes dark adapt for at least 15 minutes to give yourself the best possible views.